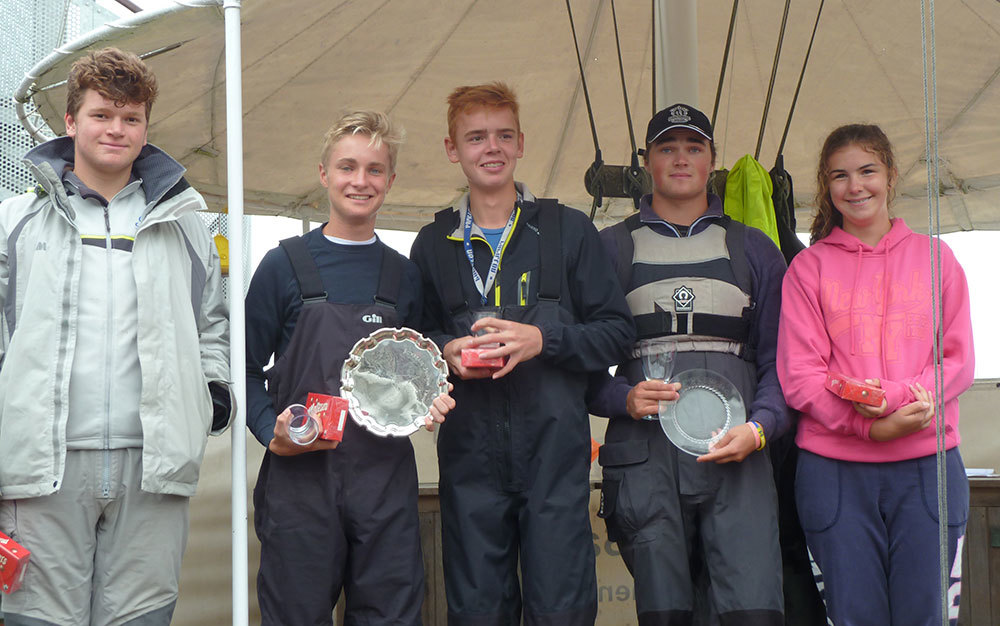 The U18 Junior Sunbeam race and U30 Jack's Jaunt were competed for on Bank Holiday Monday. Despite the best efforts of the miserable rain and the consequences of the Reading Festival, five young sailors arrived on time to compete.

The race was keenly fought in strong spring tides and brightening light and all had a great race. V12 Argosy, helmed by Harry Gilchrist and crewed by Dad, got away cleanly and was chased by Tom Weston on V14 Jabberwokky, also crewed by Dad. Amazingly Immi Yeats had never helmed a boat before and competed very keenly obviously Jussie's daughter!

We were so pleased to see such interest and hope that they will all inherit Sunbeams to take the fleet into the next generation.

We expect to see lots of junior helms next year.