13 boats gathered for the final event of the Olimpic Sails 420 Grand Prix Series at Itchenor SC over the weekend of 10 / 11 Dec. The weather wasn't quite so festive with a grey, damp but mild day on the Saturday, and then sun and occasional fog on the Sunday - no thoughts of snow, reindeers or Santa Claus! The Olimpic Sails Grand Prix Series featured events at Draycote, two at Lymington and Cardiff and aims to provide an entry level series for those transitioning in from the junior classes in preparation for the National Qualifier events. Sponsorship from Olimpic Sails provided a new jib to the top individual performance in the series, helm or crew. At Itchenor Alex Smallwood & Ross Thompson laid down the gauntlet with four firsts out of the six races sailed on Saturday, and two more on Sunday. Eleanor Keers & Harriet Watkins, Alex Hughes & Doug Brierley and Adele Young & Dan Burns were all close on points from second to fourth, followed by an excellent performance from Julia Mellors & Ellen Main in fifth who had to count a DNS and sail with a hasty hull repair on the Sunday after a collision. The Sunday racing was spiced up by sharing the race course with the International 14s - thankfully none of the 420s ended up spiked by a 14 bowsprit. Great experience for anyone thinking of doing the Bloody Mary in January! The overall Olimpic Sails Grand Prix Series was awarded, in their absence, to Vita Heathcoat & Milly Boyle and the Olimpic Jib to Ross Thompson for the best individual performance across the series - great to see it going to a crew. A special thank you to Alistair Shaw for such dynamic race management and to Itchenor SC for a great weekend - and their usual fantastic hearty breakfast. 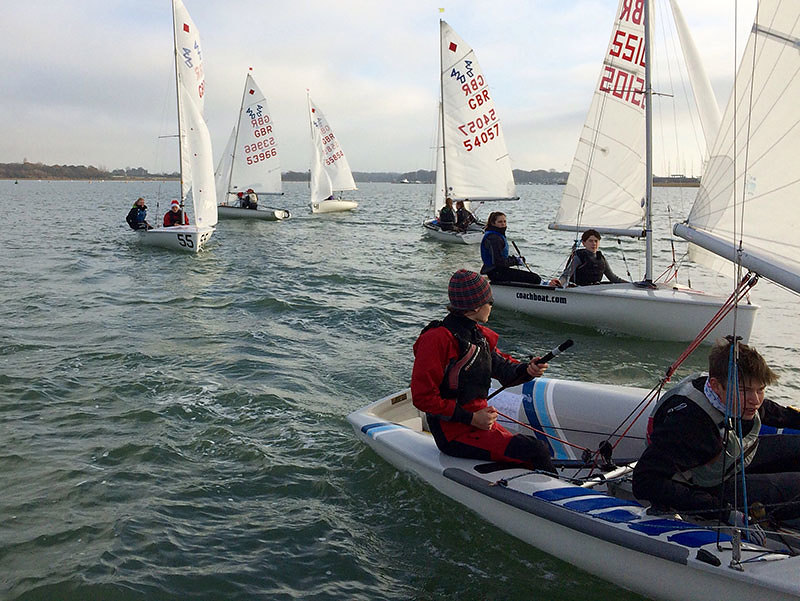