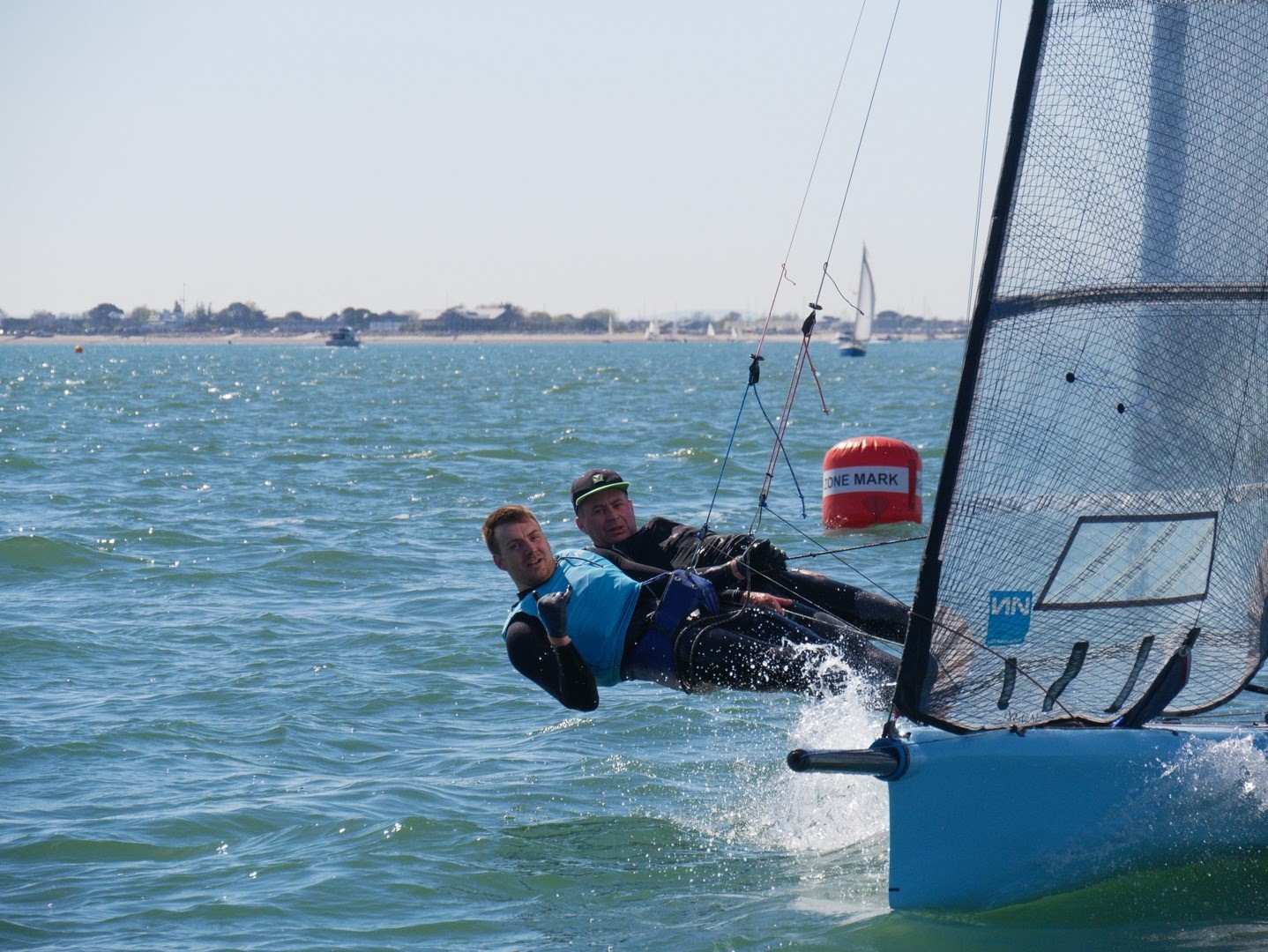 15 International Fourteens attended this year's Easter Tray event at Itchenor Sailing Club over the Bank Holiday weekend. The three-day event is the traditional curtain-raiser for the class and is the first cross for the gun teams with their sights set on the World Championships in August.

Day one was a tight battle between POW winners Glenn Truswell and Ed Fitzgerald and current world champions Archie Massey and Harvey Hillary.   Both teams were evenly matched over three windward-leeward races, with Massey and Hillary finishing the day on top with a 1,2,1. Behind Douglas Pattison and Mark Tait were locked in a three-way battle with Andy Fitzgerald & Richard Dobson, and Katie Nurton crewed by Cam Tweedle.

Day Two and Olympic hopeful and ex 49'er World Champion James Peters joined the party crewed by another ex-14 world champ Tom' Tingtog' Partington.   The 'scratch team' went straight to work on Massey and Truswell, taking the first race of the day and following that up with a 2,3 for an impressive debut. Massey and Hillary took the day with a 2,1,2 with Truswell scoring 3,3,1. Super tight racing throughout the fleet with two 4th places for Pattison-Tait and another strong series for Nurton-Tweedle.

For Monday's racing, the race team switched from windward-leeward to two long-distance harbour races changing the emphasis from handling and tactics to navigation and speed. Again the top three were engaged in an epic battle, with Massey and Hillary finding another gear to open up a gap on Truswell and Fitz, with Peters and Partington a click of down but comfortable in third.   Truswell and Fitz sailed an epic last work to close the gap to one second at the finish, with Massey winning by a nose. Martin Jones and Ian Loder won the battle for 4th with George Yeoman and Harry Kennedy in 5th. Monday's final race was another harbour tour with epic twin wire reaching and tactical windward legs crisscrossing the tidal gates.   Although Massey and Hillary took another win, the weekend's story was just how tight the racing was throughout the fleet.