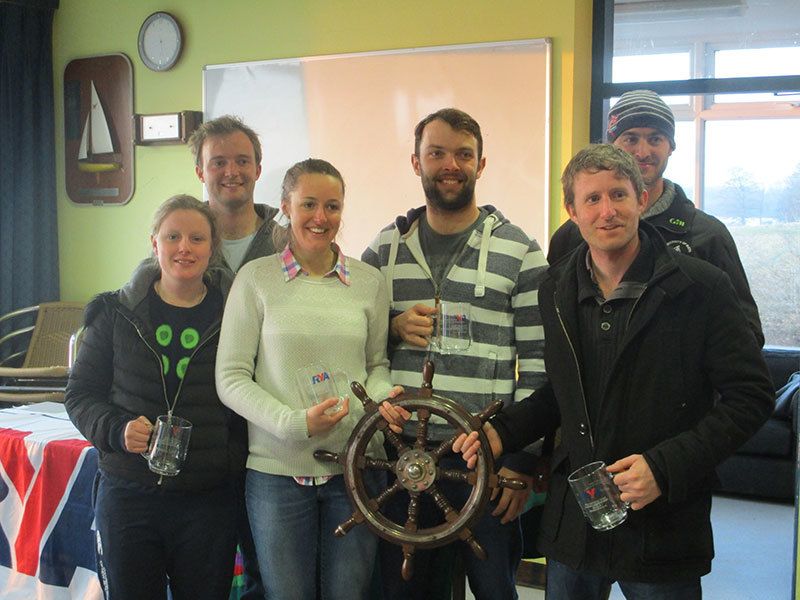 Birdham Bandits, entered as an Itchenor SC team, swept the board to win this prestigious trophy without losing a race. The first day at Bough Beech SC produced only sunshine and a total absence of wind enabling competitors and officials to enjoy the rugby, but the second day produced perfect team racing conditions. After an 0830 first race start, 124 races were sailed with a shifty, gusty and cold northerly wind. In the seeded qualifying stage, the Bandits finished every race with a 1 and 2 position to move easily into the 8 team gold league. Here only the Oxford & Cambridge Sailing Society team got within one place of beating the Bandits. The Royal Thames Blue team lost only to the Bandits and these two then contested a 'first to two wins' final which the Bandits won conclusively.

George Yeoman, Sam Littlejohn and Tim Saxton; crewed by Sophie Ormsby, Toby Lewis and Poppy Maxwell, plus a few others as Tim's regular crew was unavaliable at the last minute.

A further report is at www.teamracing.org and full results are at http://www.events.ksail.co.uk/2016/uktra/index.html