Bad hair day! Well that didn't begin to describe WER. Roger had his hair cut for £5 plus 50p tip. My Covid haircut was, let's just say a lot more.

Wind over tide 18-22 knots with 25kn spikes, it felt like 30k, I was like a drowned rat within seconds. Wave over wave soaked me through to nether regions- too much information.

Nigel kindly joined us on Merlin, not sure how he coped with 2 girls but he was so cool, calm and collected he made you think it wasn't very windy at all. In fact all he said was it was a bit breezy! Next was X152- kamikaze sailor- raced single handed sliding further and further away from us all. How on earth or in this case water, did he moor his boat?

Thank you Roger and Ted for an over exhilarating race.

Saturday was the Hot Date day. Ace sailors jumped aboard willing boats to coach in b2b racing in very windy conditions. Thank you to everyone who coached or gave up their space to make it happen. Hopefully this can be repeated next season. 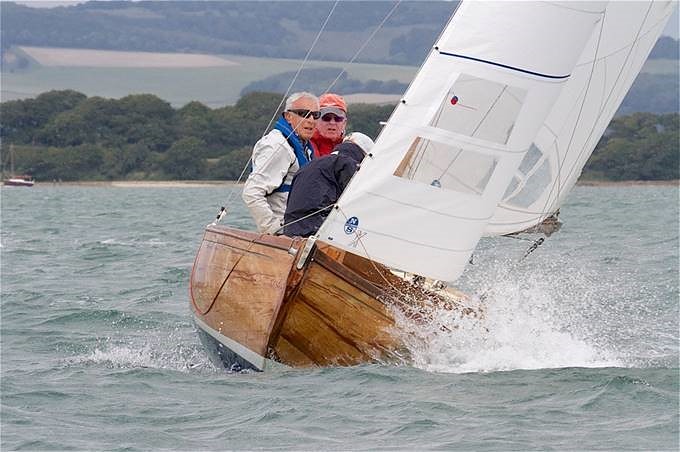 Rogers notes from Quixotic.Yesterday was serious fun in a quite blustery but very pleasant breeze. It was bizarre sailing with no pecking order! Astralita won both races, however. Steve helmed 184 to 4th in race one, having held second for most of the race and only losing out through a couple of avoidable mistakes on the part of the coach. In race two David Brittain invoked divine intervention on frequent occasions as he piloted Quixotic to the narrowest of second places, just missing out on catching Mike Martell, despite having to circle around after hitting the pin at the start, yet another coach related error! So, after a significant amount of rig resetting and cajoling around the track they were going like a rocket! I left them with a list of boat works, which I guess they will now more than happily engage in!

Itchenor Keelboat Week is 14th - 18th June and not as I previously wrote.