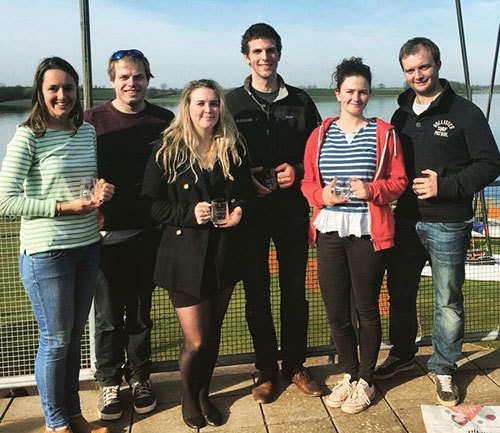 Saturday was a very windy affair with winds of 15-20 knots. After the first round Itchenor were the top ranked team and went through to Gold League. They lost the first race to Royal Forth, but went unbeaten the rest of the day unbeaten to sit 2nd overnight.

On Sunday the wind was much lighter and Itchenor started strongly, beating West Kirby in the first of the day in a very tight race, then seeing off Royal Thames in the next. Unfortunately the wind died around lunch time and racing could not be resumed.

This meant Itchenor finished 2nd overall in the UK Team Racing Championships! Congratulations to Tim Saxton also for winning the championships with Royal Forth.