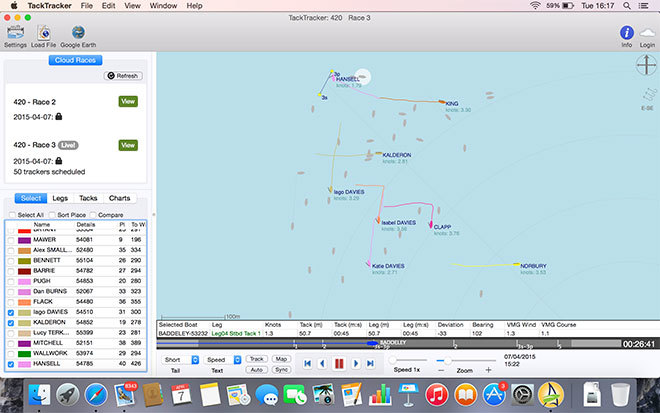 This week over 370 sailors gathered at the Weymouth and Portland National Sailing Academy for the start of the 2015 RYA Youth National Championships. Racing started on Easter Monday, with all six RYA Youth classes; 420, Laser, Radial, RS:X, Spitfire and 29er, taking to the water to commence battle. Competitors from all corners of the UK will race over five days to be crowned RYA Youth National Champion, whilst also having the chance to be selected to represent Great Britain on an international stage at the forth coming Worlds and European events. The standard is high with many entries made up of past and present RYA Youth and Transition Squad sailors and even 470 Podium Potential sailors returning for the fun. Sailors will also be enjoying the opportunity to catch up with old friends, as this is the biggest multi-class youth event of the year with a big social planned for Friday night.

The 420 races were on the easterly side of Weymouth Bay with glorious sunshine for the spectators but little wind for the sailors and the Race Committee were only able to get three races away in the first two days. Day three and the wind started to build slightly with the forecast for the remainder of the week expected to build. The full range of conditions will be a good test for all the sailors. Those who can adapt quickly to the changeable conditions and put together a consistent series are likely to come out at the top of the leaderboard.

In addition to the high end racing, the Academy were also offering 420 taster training for those looking to get to grips with a bigger boat and the joys of a harness. Itchenor's Felix Jefferies and Oliver Wilson were putting the coaches through their paces along with four Optimist sailors.

Good luck to the competitors with both the event as well as the selectors for the Worlds and Europeans.