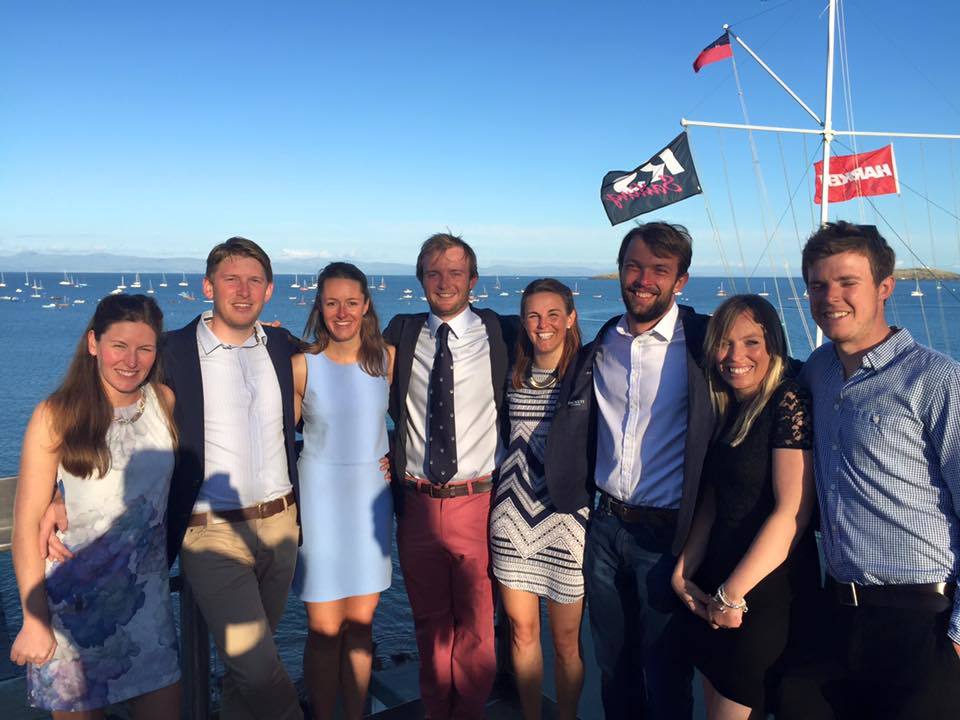 George Yeoman writes: We have returned from the RS200 national championships in Abersoch, North Wales; it was a great week with a bit of everything!

A small but perfectly formed Itchenor Sailing Club team took part - Tim Saxton and Holly Scott, Will and Mary Henderson, AJ Dawson and Rachel Spain, and myself and Sophie Ormsby.

Unfortunately when we arrived it was, as you would expect in Wales, raining. However, by the time we had finished rigging the sun had come out again and that was almost the theme for the week, grey to start and getting better.

There was a good smattering of new sails and new hulls racing in the nationals and although you cannot tell too much from the results I can confidently say that there was no difference in boat speed between the old vs new, which was exactly what was wanted, so any worries can be put to rest.

We had a great mix of conditions including some huge champagne sailing days of 20 knots and big breezes and huge ski slope style waves, and a light and shifty day of snakes and ladders known as "Whacky Race Thursday".

Itchenor sailors put in strong showing but unfortunately we were unable to retain the team trophy as HISC arrived with a strong 10 boat team. AJ and Rache had a great week improving all the way including being top bronze fleet on Wednesday and scoring a 19th on the final day to finish 48th overall. Will and Mary managed to comeback from the wobbly wet Monday to claim a 6th on the final day to finish 25th. Tim and Holly were super consistent all week and were unlucky on the final day to be caught out on more snakes than ladders and dropped to 8th, 3 points off a top 5 finish! Sophie and I managed to finish off the week strongly and continued to climb up the table to finish 2nd overall