Many congratulations to Izzy and to Gemma on winning the International 420 class in the RYA Youth National Championships at Pwllhelli. 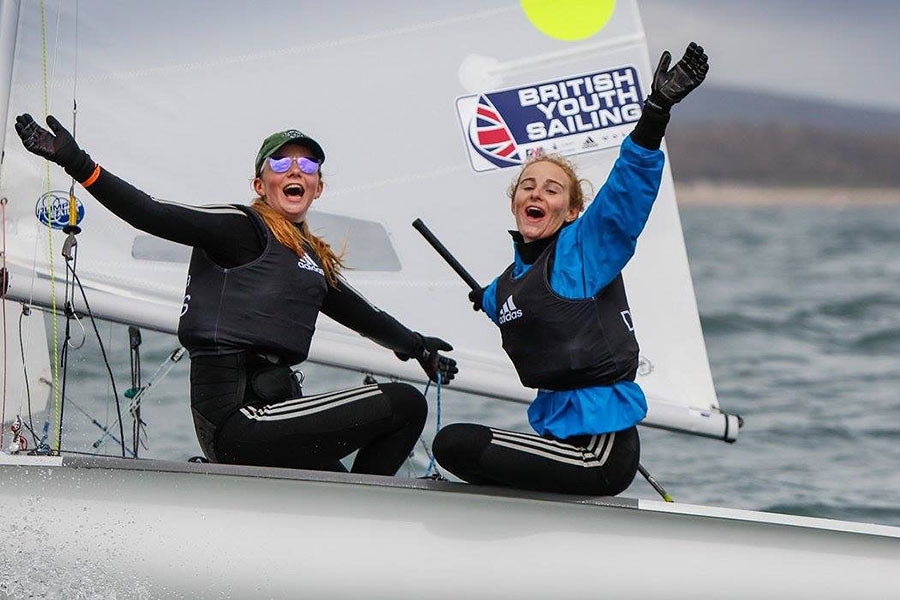 Gemma Keers and Izzy Davies won the RYA national Youth Championships in their 420. Our Itchenor girls came up through the ranks of junior fortnight in mirrors, schools weeks in 420s and fevas and are now pursing their sailing achievement on the national and world stage. Not only were they the first all-girl boat they also beat all the boys in the youth championship. The youth championships is the blue ribbon event of the RYA youth programme. It is the final event of a 22 race series over a six week selection period to represent GBR in the summer. Gemma and Izzy added to their success at the youth championship by also winning the selector series making them the number 1 420 GBR boat currently. They will now go on to represent GBR at the World Championships in San Remo and then onto Lake Banetine for the junior European championships. Izzy's twin sister also did well at the youths and selectors and has also been selected to represent GBR in the summer in Italy.

The depth of quality of our Itchenor 420 fleet was also demonstrated by a superb performance from Eleanor Keers and Izzi Pugh who were also successful in qualifying to represent GBR in the 420s at the World Championships in the under 17 category.

Two other sailors from Itchenor Joanna Kalderon and Paddy Jefferies put up a great fight and narrowly missed selection by a couple of places in the boys/ open fleet.

Izzy Davies said "Gemma and I value so much those early racing days at Itchenor and junior fortnight. We are now looking forward to helping the next generation of Itchenor juniors develop and continue the great tradition the club has of producing great sailors. I couldn't believe how many Itchenor members texted us to congratulate us...... Thank you all for your support