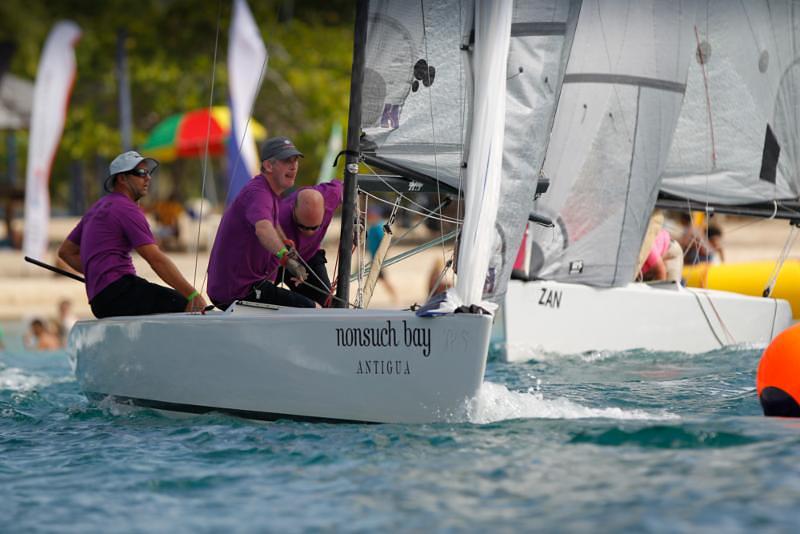 There are 15 members of Itchenor SC racing Swan 46, Milanto at Antigua Sailing Week and the team let out a huge roar as the victorious Nonsuch Bay RS Elite Challenge team joined them for lunch at Catherine's Café Plage. Ian Walker then used a coin in a game of chance to decide which of the team would use the fantastic prize!

"Basically our parents dumped a load of us in Chichester Harbour when we were still in nappies," laughed Walker. "It has been really special to catch up with old friends and to race with them at Antigua Sailing Week."

On behalf of all the teams taking part, Team Itchenor Sailing Club's Ian Walker thanked Nonsuch Bay's Mark Whinney for his hospitality and Antigua Sailing Week's Chairman of the Regatta Organising Committee, Kathy Lammers and her team for putting on a great event with superb race management.

"It was a fantastic event and I'd like to thank the sponsors and Antigua Sailing Week for making it all happen. It was superb race management and we hopefully will get to come back next year to defend our title!"...Show Less