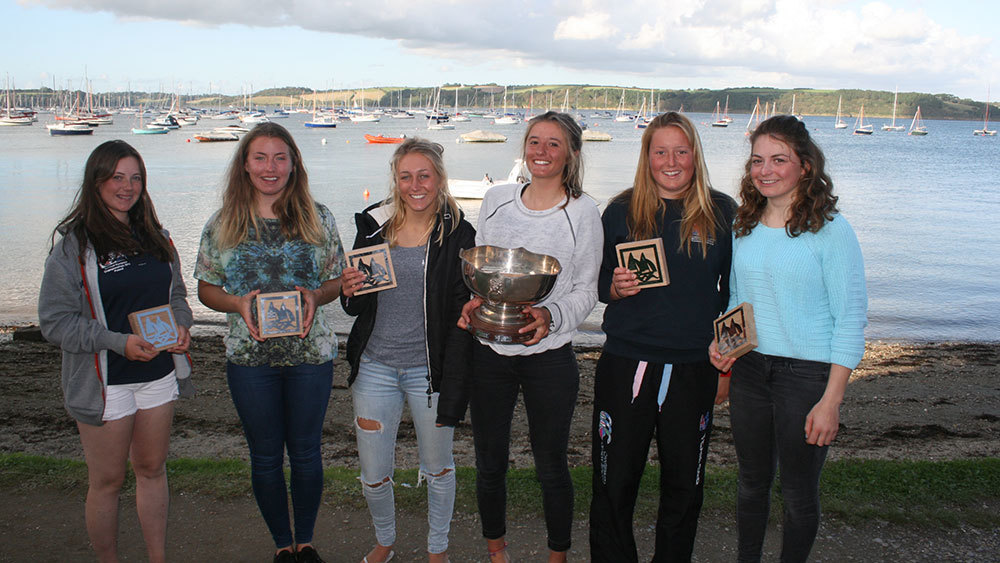 Seven boats with Itchenor sailors competed in the 46 boat fleet at the 420 nationals last week, which were held at Restronguet sailing club, near Falmouth.

14 races were held, at least one managed every day, with an average wind speed across the whole event of 14.5 knots, and maximum gust of 33 knots. All but one race was sailed out in Falmouth Bay, giving the sailors a chance to sail in the open sea, sometimes in quite a strong swell. The windiest race was a windward leeward in the Carrick Roads.

Jo Kalderon and Midge Watkins (Poole) were 2rd girl and 10th overall; Katie Davies and Grace Summers (Emsworth) 4th girl and 13th overall; Issy Davies and Gemma Keers 6th girl and 17th overall. Scarlett Shepherd (Looe) and Imogen Bellfield won our new silver fleet. Eleanor Keers sailed with a 470 sailor from Emsworth and coped well with the windy conditions. Paddy Jeffries and his new helm sadly lost a day of racing, and Felix Jeffries competed as the youngest boat in the fleet to finish 4th in silver fleet. The ex-Mirror sailors held their own against those from the other junior classes, but Lymington, followed closely by Warsash won the prize for best club, with Itchenor in third.