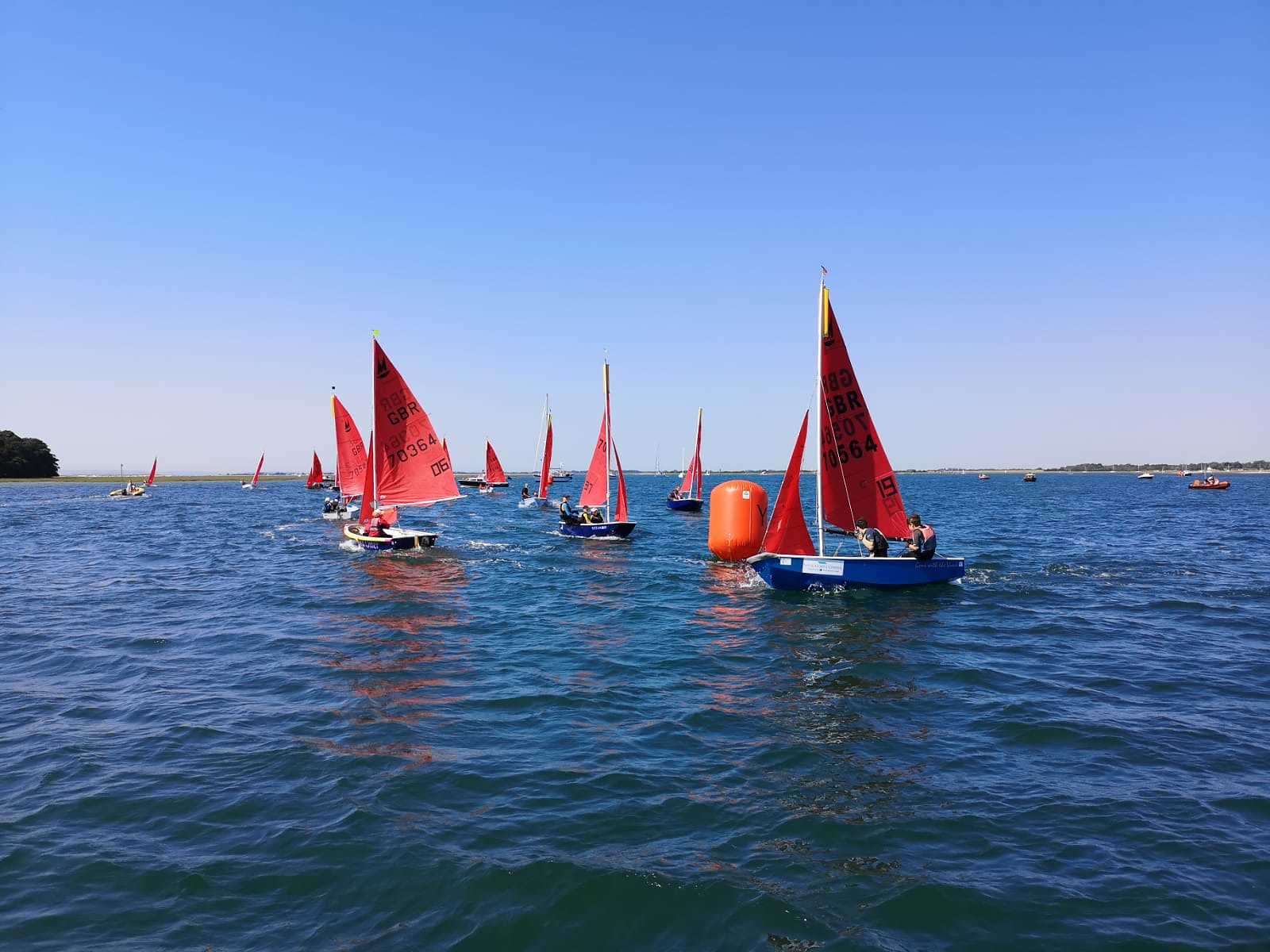 The week began with a novel Zoom briefing on Sunday night for parents and competitors to instil the constraints and privilege that the week was operating under, in particular ISC Covid protocols and launching and recovery with so many boats on the staging. The plan was for 6 races a day, 3 Non Spinnaker, 3 with Spinnaker and 3 mini series over the week; Early bird Mirrors, Midships Mirrors and Super Cup Friday. Crew and Helms could interchange and so too family members. Unfortunately the forecast for Monday was for strong winds, gusting 40 kts so racing was cancelled ahead of time. Tuesday dawned with the the first mini series, Early bird mirrors and a fresh south westerly breeze. Good racing ensued and a fair few swims! Team Fox set the stage for a week of domination with early pace in both Spinnaker and Non Spinnaker with Lucy and Sophie ably assisted by dad Chris. However Pippa Shepherd helming Ducibella, crewed by brother Zac, took the first child only honours in Non Spinnaker. Meanwhile in the afternoon spinnaker series which saw winds build considerably Team Fox dominated , followed by Milly and George Bullock. The all female team of Tilly and Poppy Benson were first child only boat. It was particularly good to see the young helm and crew combinations that had consistently turned up for Sunday morning coached racing over the prior weeks comfortably deal with the challenging conditions.

Wednesday saw perfect conditions for Mirror sailing and the Midships series commenced. Again assured performances from Humphrey the Wolf, Team Fox, took the series wins despite more challenging light winds on Thursday. In the non spinnaker series Pippa Shepherd took the child honours, followed by Austin and brother Max Slatter in Gone with the Wind. However an assured performance from Archie and Lucinda Leaver, with very consistent sailing saw them take the First all child boat series win with spinnakers over Wednesday and Thursday. Some good performances also from Zac Shepherd, this time crewed by sister Pippa. Birthday boy George Bullock also managed to produce a strong consistent second with mum Milly in the Spinnaker series.

So many other battles around the fleet both with other competitors, challenges of sibling sailing, parents crouched under kickers or the elements ........but all in all a huge success.

The real triumph of the week was 28 Mirrors Dinghies, 22 Races and safe, responsible sailing. A huge thanks to Ryan, Celia, Emily, Pippa, and the support boat crews who made the week possible. 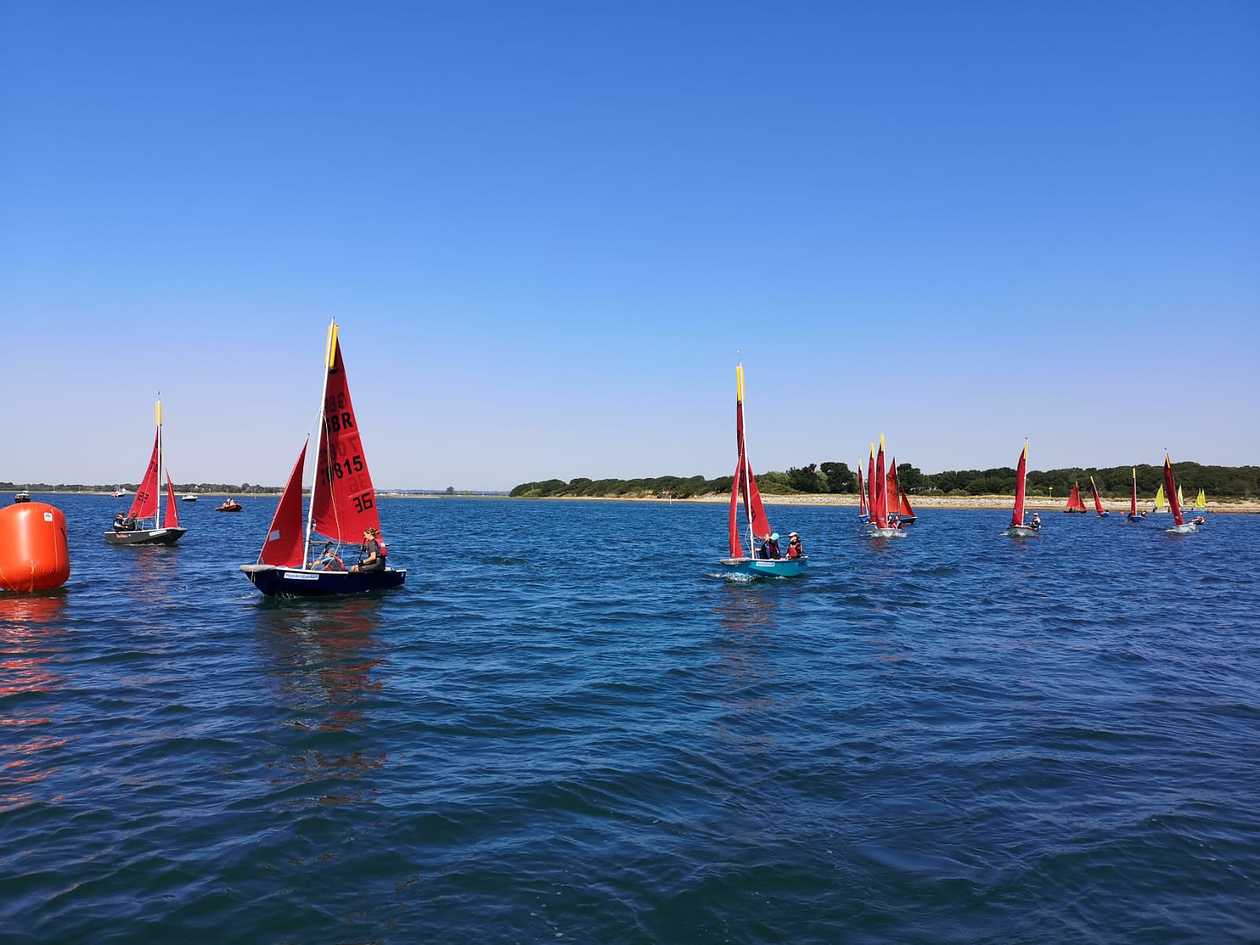 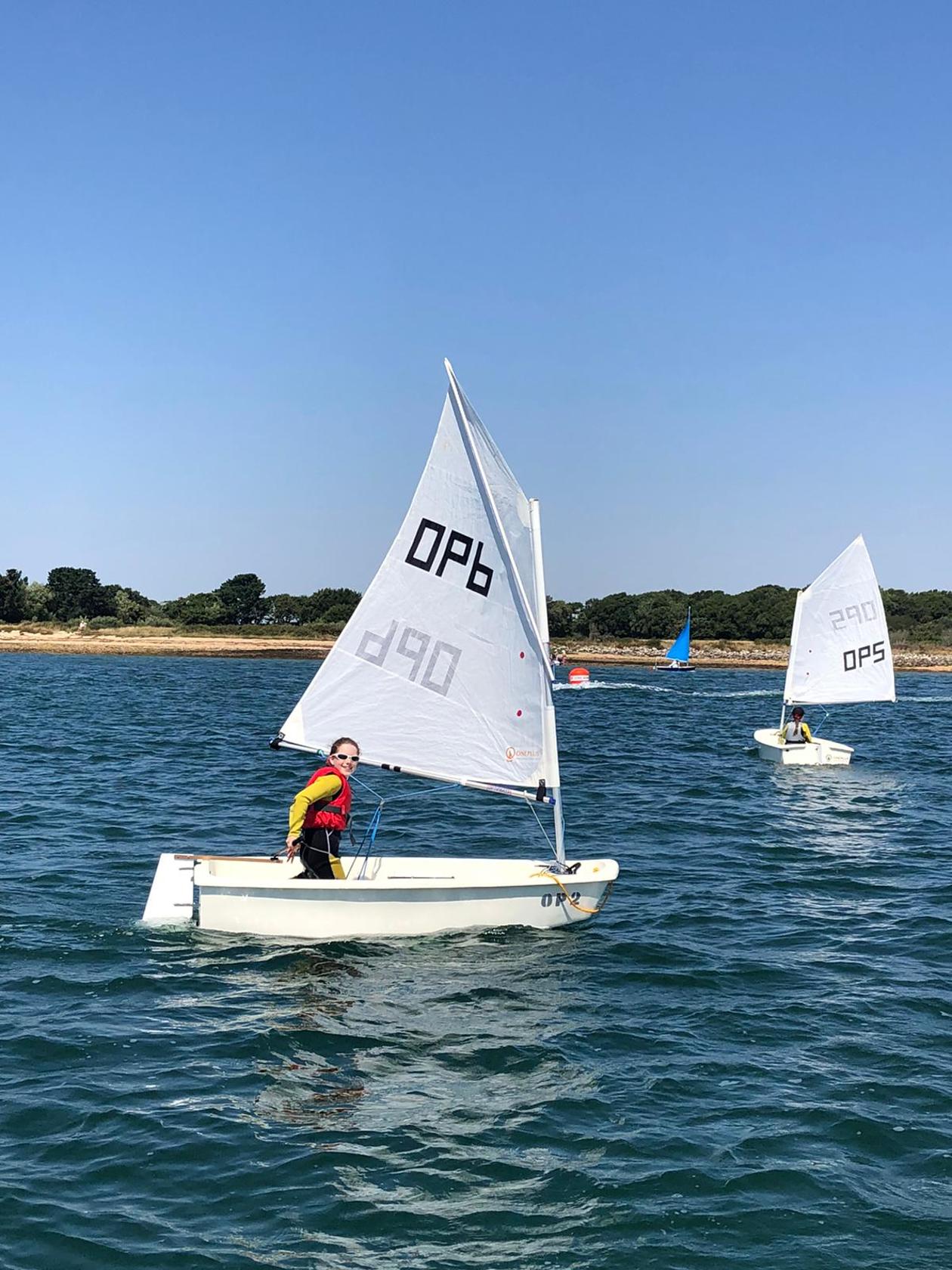